This is the 148th Anniversary of the Union of Canada on July 1, 1867. What to say, I was reviewing films to post with the National Anthem O’Canada and looking at the images displayed I thought what a lot of hokum. It is the usual images of people, cities, nature and let’s not forget the natives. But given the current state of the country and the dysfunctional institutions either Parliament or the Senate or both, the corruption, the lies, the Duffy trial, C-51, the Summer of endless mudslinging and the Federal Election Campaign, the smug Harperites and all those Bills passed by the House and Senate quite a few of them being unConstitutional will end up being rejected by the Supreme Court, etc…. I wonder if there is anything to celebrate this year, now that Stephen Harper is obviously getting political advice from Sarah Palin, Jeb Bush and Fox News. A Summer of discontent!

Maybe I just need to stop reading the news and concentrate on the upcoming events at the National Gallery, much more pleasant, http://www.gallery.ca/en/

In passing mark Wednesday 8 July a special evening of music in the galleries at the NGC from 7pm onward part of the Music and beyond Festival (150 mini-concerts by 100 musicians). I will be in Room C-201 Early Renaissance paintings. The music will match the painting period. http://musicandbeyond.ca/festival2015/

On a lighter note I read something today that made me smile; In the 1960’s people did acid the make the world weird, today the world is too weird so people take prozac to make it normal.

There is one book written by Christopher Moore entitled Three Weeks in Quebec City about the writing of the Canadian Constitution which took place in October 1864. Sir George Etienne Cartier, Sir John A. Macdonald and George Brown who influence the deliberations of the Conference are presented as politicians who did not see eye to eye but manage to stir the Fathers of Confederation into a final arrangement which led to July 1, 1867.  The Museum of History has a wonderful exhibit on the topic currently called Rebellion and Confederation.

Maybe historical reminiscence will lead my thinking this July 1. I will probably watch the fireworks from the top of my building with our neighbours as we usually do, more pleasant this way. 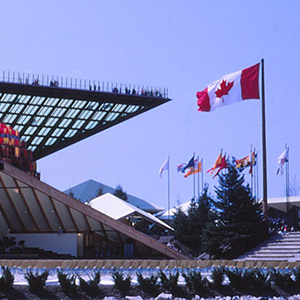