There is always a store or stores which are favourites for their wares on offer and the service they give customers. In Italy I had several such stores, elegant, beautiful and with a certain flair. In London I like Liberty with its Tudor revival architecture on Regent street or Selfridges on Oxford street.

In Berlin I like KaDeWe as it is called by the locals but whose name is Kaufhaus des Westens on Tauentzienstrasse the closest U-Bahn station is Wittenbergplatz. Kadewe.de

With over 60,000 square metres of selling space and more than 380,000 articles available on 7 floors and with a beautiful restaurant on the roof. The store was founded in 1907 their motto is Live the Lifestyle you love. 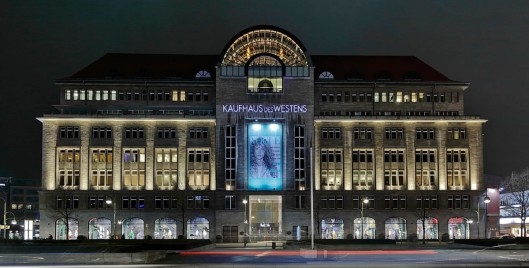 The story of KaDeWe goes like this, when the store opened Berlin was the capital of the German Empire, a cosmopolitan and crowded city with 800.000 inhabitants, full of museums, theatres and auditoriums, provided with a notable infrastructure it was a rich, proud and happy city.

KaDeWe located in Tauentzienstrasse, near to the fashionable Ku´damm was a symbol of  that spirit, the golden times: an elegant place to spend time in the beauty salon or the tearoom and to buy tailored dresses or delicatessen and caviar in the famous food court.

Kadewe, survived the First World War disaster, it was even enlarged in the uncertain times of the Weimar Republic, but like the city it was a victim of the Nazi Dictatorship: the jewish owners the Hermann Tietz group was forced in 1933 to sell the Department Store due to the boycott of the banks that refused to grant any credit after the implementation of the Nuremberg race laws. Within a few days, the Tietz family had sold all of its stock in the company to its creditors, among them Commerzbank, Deutsche Bank, and the Dresdner Bank, for somewhere around 10% of their market value. The family eventually left Germany for the USA. The Dresdner Bank promoted the store Manager to CEO and Georg Karg profited from this war opportunity.  In 1949 the Tietz family received some financial compensation and 3 buildings from Georg Karg, they rebuilt part of their commercial holdings in Germany with success. In 2008 the family received more compensation on bank account holdings which had been confiscated in 1934 by the Nazi regime.

After years of Nazi management of Kadewe, in 1943 an American warplane crashed into it, the building burnt to the ground, a ruin until 1950, it became a metaphor of the ruined city.

The restoration of the KaDeWe building was a symbol of the resurgence of West Berlin, the new beginning, it also became a hated monument to consumption in East Berlin.

After the German reunification in 1989, the Department Store became once again the best-known in Germany and the largest one in the European continent with 60,000 square metres of sales floors. The store was completely renovated between 2004-2007 of the centennial anniversary, nowadays is the third most visited attraction in Berlin after the Bundestag (Reichstag) and the Brandenburg Gate. 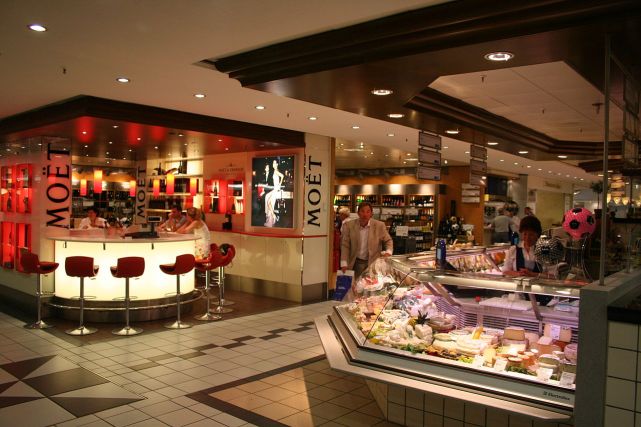 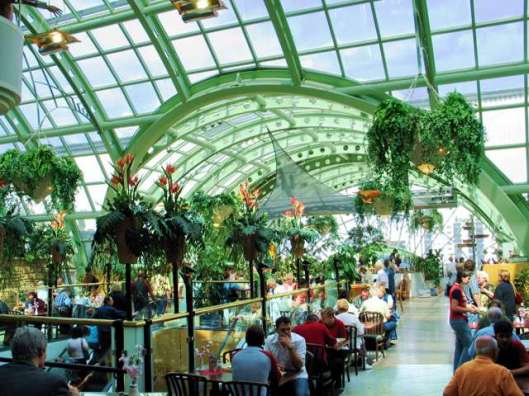 The roof top restaurant and the food hall with a Moet Champagne bar to relax from all the shopping. Today KaDeWe is owned by the Central Group from Thailand. If you visit Berlin go and shop at KaDeWe it is a very nice experience.

6 thoughts on “One of my favourite stores”