July 2018 marks the centenary of the death of the last Russian emperor of the Romanov dynasty- Nicholas II and his family: the Empress Alexandra Feodorovna, their five children, as well as their entourage. They were shot on the night of July 16 to July 17, 1918 in Yekaterinburg in the basement of the house of mining engineer Nikolai Ipatiev.

Today on the site of the house stands a church built recently and pilgrims gather to pray for the Imperial Family. Each year well over 100,000 people gather for this commemoration and pilgrimage to the mining pits site of their original burial by the communists.

The remains of Nicholas II, the Empress and their 5 children, as well as persons from the entourage of the Imperial Family, all shot in the house of Ipatiev, were found in July 1991 near Yekaterinburg. On July 17, 1998, the Tsar and his family were given a State Funeral and buried in the Peter and Paul Cathedral in St. Petersburg with the exception of Alexei and Maria whose remains are still kept in the State Archives awaiting burial with their parents.

Burial chapel of the last Tsar and his family in the Peter and Paul Cathedral in St-Petersburg, site of the burial of all Tsars and other Royals.

In October 2008, the Presidium of the Supreme Court of the Russian Federation decided to rehabilitate the Russian Emperor Nicholas II and his family. 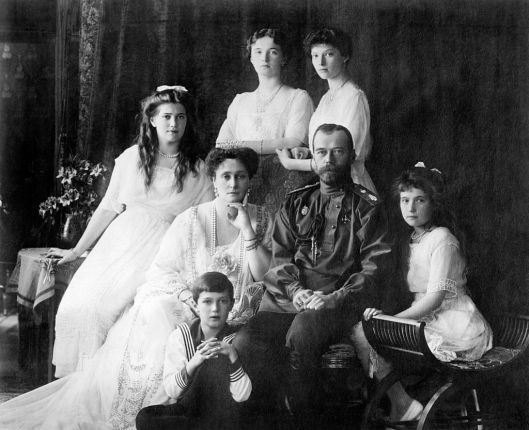 4 thoughts on “A sad anniversary in Russia”