On this beautiful and Sunny Easter Sunday listening to Blossom Dearie sing accompanied by Joe Harnell and Miss Peggy Lee, music chosen specifically to remind us of life or time long ago, a month ago!

In April 2016 at this time in Ottawa we were actively packing and cleaning our apartment, the move to PEI was upon us. The condo where we lived had been sold and we had to decide where we were to move next. The new owners were not planning to move in, their plans were not clear and on the day before the movers where to come and pack it all for us, the new owners asked out of the blue, would we stay and continue living there. It was too late, we were committed to moving and had signed a lease in Charlottetown, plans were made and PEI was calling.

So it has been four years in Prince Edward Island living here in the Capital Charlottetown, a big village really at 36,000 persons, compared to Ottawa with more than a million people. We were packed in 2 days and I left with the puppies in the back seat of the car for the East Coast, I drove it in two days. It is 1100 Km and can be done in one day, the highway system is fast and follows the Saint-Lawrence river to the Gulf. But despite having a co-driver, a dear friend who was most helpful, he told me suddenly just after we passed Montreal some 3 hours into the trip that he had forgotten at his house back in Ottawa, his wallet and drivers licence. We had a laugh, but despite him telling me that it was not a problem because if we were stopped by the Sûreté du Québec (Provincial Police in Québec) he would explain to them that he had a permit and it was at home. Yeah sure, I know the Officers of the Sûreté du Québec and they are not the type to be understanding especially if you have out of Province plates. So I did all the driving. We stopped in Rivière du Loup at a point where the Saint-Lawrence river is very wide as it enters the Gulf and where the highway will turn right towards New Brunswick. The scenery in that area is very nice with great forests and mountains, lakes and the Sea not to forget a lot of Moose on the road, which is a dangerous hazard and so much so that you are warned to be on the look out and not let your guard down. There is also a special 3 digit number to call if you do see a Moose on the road.

Will did not come on that trip to PEI, he had to finish a work contract. The puppies were funny, both slept through the car trip, not a peep out of them, Nora was happy and exploring at pee stops the new unfamiliar scents, Nicky was not happy, he was bewildered and stressed by this break in his routine. It would get worse in the week to come, he became skittish and would vomit his food and not sleep well and this despite all the re-assurance we would give him with hugs and treats. He lost his appetite and I became worried about him. We did see a Vet in Charlottetown on arrival and she kindly explained that he was suffering from nerves because his routine was broken and was coming to a new home. We did arrive 3 days ahead of the truck transporting our 4 and a half tons of furniture and stuff. we did live in an empty house for a few days. This did not help Nicky who wanted his furniture, rugs, and other furnishings. Nicky has always been the delicate one. Nora was perfectly happy, new place Wow!

The truck arrived carrying two containers and everything was brought into our house. It was a sunny day and then the neighbours showed up to welcome us. We had a kitchen party with 65 boxes and and furniture everywhere, but that is the way things are in PEI.

In the last four years, we learned PEI, by this I mean that being an Island with a total population of 150K and far is only a 15 minute drive away anywhere. Everyone knows everybody and went to school since kindergarden and probably married so and so cousin, etc. There are strong political and family loyalties and the Island is divided between Irish,Scotts on one side and the Acadian French on the other. Protestants and Catholics, Conservatives and Liberals. Born on PEI and CFA (come from away) who are mostly Canadians who move to the Island from other parts of Canada and then the new element the immigrants from all over the planet.

It is not like other large provinces in Canada, it is not an easy place to live in at first and pitfalls are many, it takes a lot of ploughing through. Most people who have second homes on PEI come for two or three months a year in the Summer and then leave, so the so called Islanders treat them as nice tourists and they in turn are not aware of the under current of society. We living here full time including not leaving the Island to go South for a few weeks in Winter makes us Islanders by adoption.

We have wondered sometimes why we were here and had we made a mistake being so accustomed to large metropolitan cities and capitals around the world to come to such a small place. But as I say in the title page of this blog; The World is a small village, so we see our home here in Charlottetown as our new home, this is our place now.

The last four years has been very busy, no sleepy retirement for us. Volunteer opportunities are numerous and everywhere. For Will and I there was the Art Gallery of the Confederation Centre. Will got involved with our 52 year old Symphonic Orchestra with its Maestro from Juilliard in NYC, fundraising and organizing numerous events and programs for the loyal following. Then one day I went knocking on the door of Government House. A friend had suggested I go speak with the E.A. of the Lieutenant Governor of PEI and offer my services given my past work experience. I was somewhat hesitant to do that, but why not, had to walk up past the gates and see if some guard would chase me away, no not at all. Yes of course said the E.A. I could come and help I was told. So I started there as a volunteer. 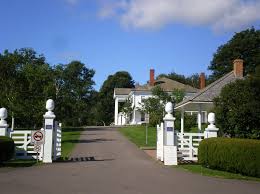 With elections coming on at the Provincial and Municipal level, I started to study the social and political issues, the trends and various opinions floating around. I did run for City Councillor in my Ward. It was a very interesting experiment, I learned an awful lot about society and life in PEI and Charlottetown, Political factions and the ever present and influential wealthy first families who control the economy with a very tight grip. I did become well known and a lot of people were curious about why I wanted to get involved in what many saw as quick sand. I also got involved with the Acadian Cultural Association and their many activities, 2020 marks the 300th Anniversary of Acadian presence on the Island and the terrible events which would lead to mass ethnic cleansing in 1750-55. PEI has a very rich history and a complicated one at that.

In the last four years Will and I met lots of people from the Lieutenant Governor to the Premier to the Mayor to many Artists and cultural figures, developers and business people.

So it has been four years, we think of it sometimes as a ”posting”  which would correspond to the period we would spend in one Capital around the world before moving on. The difference now is that we are here and God willing we will stay here and continue to learn this Island.

So since we cannot have a party to celebrate with our friends on the Island, we will have to plan for sometime later. In a departure from tradition we also cannot have people over for Easter Sunday Lunch, it is only the two of us, but on the menu we have roasted PEI lamb chops, Greek roasted potatoes, carrots and brocolini, a nice French rosé wine and the German Easter Bread turned into a bread pudding with all its lovely flavours of apricot jam, raisins and almonds.

To quote Her Majesty, We will meet again. Wishing you all a very Happy Easter.

Nicky enjoying the Spring morning sunshine on his favourite chair, he is looking forward to hot Summer days.

13 thoughts on “Anniversary 4 Years ago”