So this Monday we have lovely sunny and warm weather, so I went for an hour long walk to the end of our street and along the Hillsborough River to Victoria Park which is the former Royal Park of the Lieutenant Governor’s Residence. It’s a very big park about 90 acres of forest and parkland. On one side is the Residence of the L.G. with its 10 acres of manicured park and old trees. The grounds are usually open but the L.G. told the groundskeeper to close the gates during the pandemic.

It is so quiet and pleasant to walk along the streets by the river with its beautiful parks and old trees, mansions and nice homes. No cars and just a few people who seeing you coming simply take their distances.

I was at the supermarket yesterday and I just became anxious, nervous and tired of the place. There was not many people in the store it was quiet and no waiting at the cashier station. Still I just dislike it and find people in general to be self centred and not aware of their surroundings. I only go now about once every 8 days and try to go early to avoid people. There is stress in all of this and I am also tired of constantly sanitizing everything.

We are in PEI in a privilege situation in North America and Canada, no cases and no one sick or recovering. The down side, people immediately feel over confident thinking its over and let’s return to before 11 March when it all started.  Our Island borders are still closed but there is a lot of political pressure to re-open to allow people from elsewhere in Canada and the USA to come to their Summer cottages. Like many I am firmly against such an idea, Canada has 70,000 cases now most of them in Quebec and Ontario the two most populous provinces. With numbers still climbing each day though not as fast. Montreal is a real disaster area, it is so bad that the Government of Quebec may quarantine the entire Island of Montreal some 4 million people to flatten the curve.

We will have a quiet Summer in PEI our tourism traffic is down 90% and now operators are hoping in Islanders as customers, renting camp grounds and staying in resorts or renting a cottage by the beach.

Here are some pictures of what we have been cooking or got from the Water Prince restaurant across the street from us now open for take-out. You may know this restaurant where many celebrities comes for a lobster. It is a simply unpretentious place but the food is superb and we know the owner and his son and all the staff. Regis Philbin and Kathie Lee ate there a few years ago. 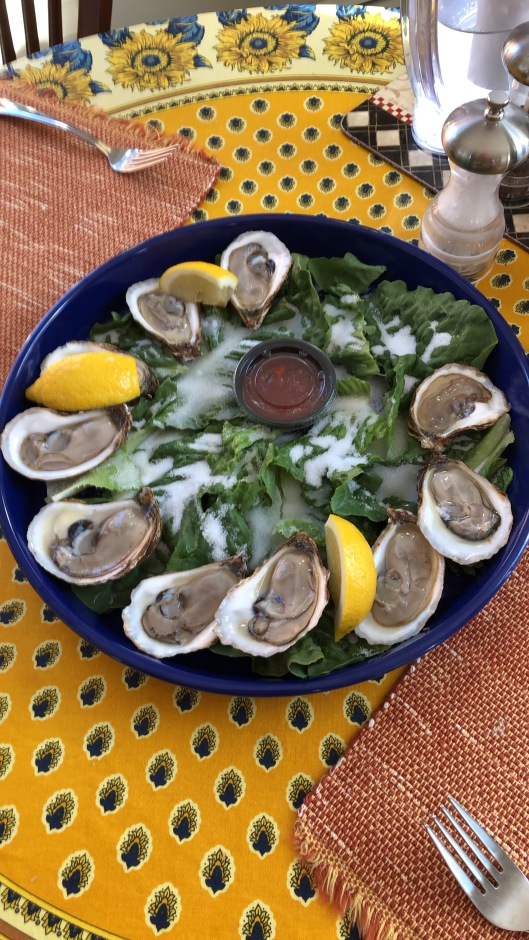 Malpeque Oysters on the half shell prepared for us at the Water Prince. A nice appetizer for dinner.

Haligut and chips. At the moment Halibut is in Season and I prefer it to Haddock.

Made at home, puff pastry stuffed with meat and vegetables served with Brocolletti.

Made this meat pie with vegetables for an evening dinner.

A 3 lbs Pork Roast in a cast iron pan, using a marinade of garlic, thyme, rosemary and Cayenne pepper. The cast iron pan is perfect and it goes into the oven. It was soooo good. 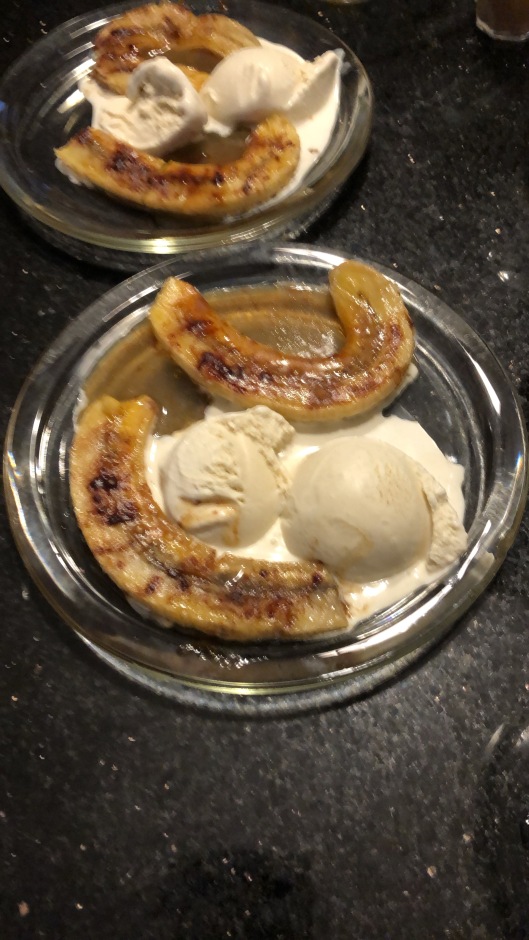 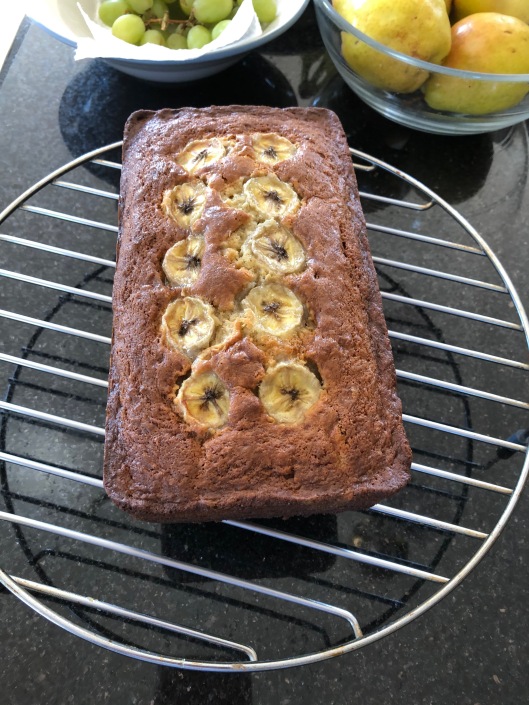 Banana Bread,  Nicky and Nora love a piece of banana in the morning after their breakfast. So we had too many bananas and made bread out of the more ripe ones.

2 thoughts on “Another Covid day”