Today Saturday 16 May was the first day live lobsters were available on the market place. Yesterday was setting day and the fishers went out to sea to harvest lobsters. So today long line ups of Islanders in 45F weather, respecting the 2 metres or 6 feet apart rule of social distancing could be seen outside shops selling seafood. It is a tradition to have your first feed of lobster, it is like Beaujolais Nouveau.

Until about 1960 eating lobster was not popular, lobster was poor people food, in schools the poor kid ate lobster sandwiches while the rich kids ate baloney on white bread. I know it is laughable but that was the way back then, how things have changed.

In the maritimes lobster is fished everywhere but they do not all taste the same. Also lobster trapped in one region does not travel or is not exported to another region, this is done to protect markets and the fishers. So in Caraquet in New Brunswick the fishers will sell their lobsters in N.B. In PEI it is sold only in PEI and exported to foreign markets. We do not get lobsters from Nova Scotia though their season starts earlier than ours in PEI. No we do not have Maine lobster, considered foreign. Though on international markets PEI competes with Nova Scotia and New Brunswick and the US market. Usually Canada wins because of our dollar being 0.25 to 0.30 cents cheaper than the US dollar.

Lobster is a rich meat and usually a one pound beast is enough for a satisfying meal. Many tourist will try the 2 pound lobster and some brave soul may go for a 3 pound lobster, but I cannot imagine how you do that, it is sooo rich tasting. Also the price in a restaurant can start at $30 for a one pound lobster and will go up with weight. At the fish store today the little canner sold for $6.99 and the one pound lobster sold for $9.99.  You will pay more if you want only the meat. You can buy it cooked or live. What you should look for when buying a live lobster is the long antennae, if they are intact this means that the beast is not stressed and was not involved in fights with other lobsters, it’s a sign of quality.

Cooking your lobster at home,  remember only fresh Sea water never tap water. Do follow carefully cooking time, over cook it and it’s uneatable and chewy. The meat should be like butter. Lobster is good served with lemon wedge or if  you prefer with hot melted butter but that is not necessary since the meat is rich tasting. 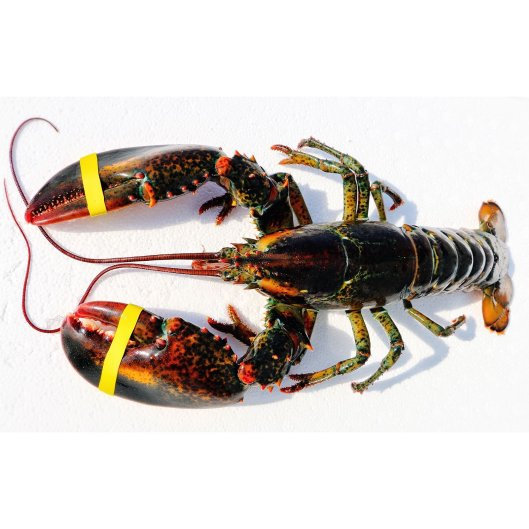 The claws are powerful and be careful not to put you hand or fingers near them, it can be painful and very unpleasant and they don’t let go. In 1990, The U.S. National Institutes of Health tested lobster for cholesterol content and found that it was just as low in cholesterol, fat and calories as chicken and turkey. (Just watch out for the butter!) 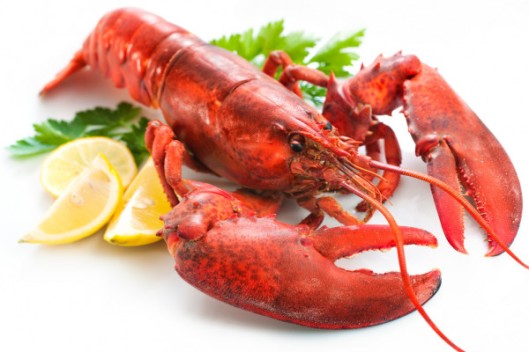 So tomorrow Sunday we will go get some lobsters across the street at the Water Prince restaurant for our dinner.