Friday 29 May 2020, so this morning the final phase of assembling the Lantern and then lifting all 18 tons of it to the top of the Palace dome. A large crowd could be seen across the Spree River in central Berlin and across the street ( South side) of the Palace in front of the former Council of State of East Germany. Some special guests also on the former podium of the Memorial monument (now gone) to Kaiser Wilhelm I. Amongst them 43 yr old  H.I.H. Prince Georg Frederich of Prussia, who represents his Family the Hohenzollern Dynasty who ruled from 1400 to 1918.

The wind is an important factor in this operation, today it’s 22C and the wind is at 11Km so fairly low and safe. Here is a good picture of the giant crane on a flatbed truck which was brought in today around 6am. It will lift the lantern all the way to the top. 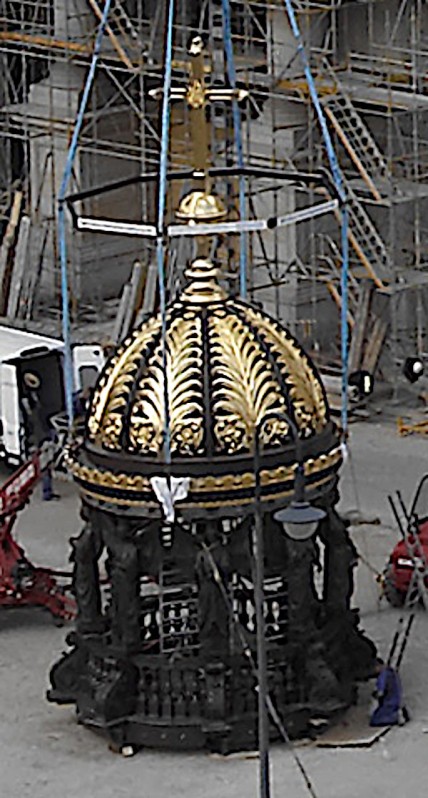 The Lantern is made of copper, bronze and gold leaf.

Despite the delays all day, finally as the sun was setting on Berlin, the lantern was lifted up into the air and the bells of the Lutheran Cathedral on the North side of the Palace started to peel to mark the event. 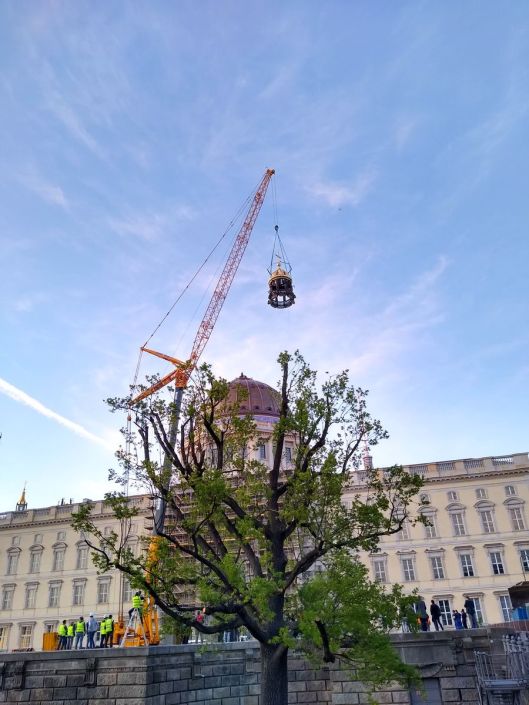 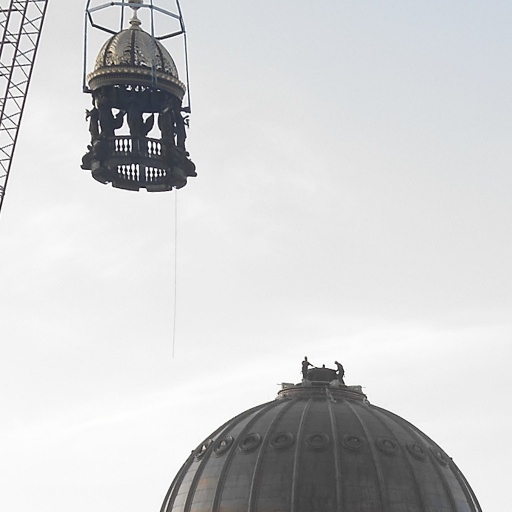 The crazy re-building idea of Wilhelm Von Boddien started in 1995 and it is complete today. I am sure he was pleased today to see his dream come to fruition. Today for the first time since 1944 the palace is reborn and completes the urban idea for central Berlin of Frederick II of Prussia surrounded by all the other buildings built during his reign in the Baroque style.