While living in Poland we travelled in the country, not as extensively at the time as we would have liked, mostly because in the 1998-2001 period the hotel infrastructure was still not as developed as in other Western European countries. But we had as I indicated in a previous post our Polish Hiking Group with whom we went to various places in Poland and then with PKP Polish Rail we would go up to Gdansk and down to Krakow. Sometimes we would drive but the lack of highways made traveling hazardous and we were forbidden from travelling at night. I remember driving to Zacopane in Winter from Warsaw but we did so all in the day time. The main danger at night were  animals, like cows, sheep or horses on the road. The roads were dark and poorly indicated and in case of accident help might not be available until morning.

Language was also a barrier then, once outside Warsaw, Krakow or Gdansk I am not sure how we would have managed, my Polish was good enough for Warsaw but limited.

When travelling in Poland you do notice the architecture of the Cities and villages, the country farms and the Manor houses or Dwor. In the North the style is influenced by the Hanseatic Trade League which dominated part of Northern Europe from Bruges to Latvia between 1267 to 1669, it had its own flag and style of architecture, laws and regulations. Since it re-grouped the merchant class, the Hansa had a lot of clout and influence, when in Gdansk (Danzig) you see this style of architecture.

Krakow on the other hand in the South is the ancient Royal Capital of Poland with Wawel Castle, its Royal Cathedral built-in the Italian Baroque style where the Kings of Poland were Crowned, it is also their resting place and that of National Heroes. During the Second World War many of the most important treasures of Poland were kept in Montreal and only returned to Wawel in 1959. The City boast many churches and Trade hall, it has that flavour of Old Poland about it.

Often on weekends we went to visit a fellow from New Zealand who had married a Polish girl and was specializing in building a wine cellar and a small boutique hotel about 35 minutes West of Gdansk in the small village of Kartuzy in the Kaszubia region. This area of Poland is very interesting, it was old Prussia and much history happened in and around this region. Malbork is also not far and by coming from Warsaw by train we would stop near the old fortress.

John Borrell who is a former War Correspondent Journalist and his wife Anna opened around 1993 this small lodge hotel on a pristine lake, beautiful and peaceful. Since it has become famous, it now has its own vineyard and a Villa was also built near the Lodge. Kania Lodge and the wine cellar has won many awards from the New York Magazine, Wine Spectator and it is listed amongst the best 500 hotels in the world.  kanialodge.com.pl Total number of rooms-suites is 15. I know John Borrell and I had conversations years ago on what he wanted to do with his small hotel, with the help of his wife Anna, they bought much of the land around their property to ensure that the area would remain pristine and be encroached upon by developers. There was one small piece of land near the road at the top which he wanted to buy but the farmer who was open to selling the land, would not sell to him because he was not Kaszubian nor Polish. I do not know if he ever managed to buy this parcel of land finally. Nonetheless it is a beautiful property and quite relaxing for a few days of quiet. 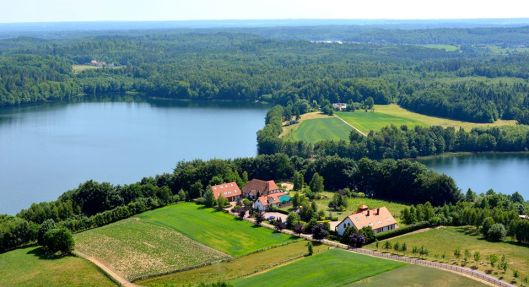 I remember the food at Kania Lodge was of very high standard, regional and using local produce. We just loved it at night being in the countryside you could see our Galaxy the Milky Way and the number of visible stars was amazing to look at.

But for a taste of truly old Poland you have to go to Zywiec, Nowy Targ and Zakopane and see the Highlanders or Gorali. About 1000 years ago Celts, Saxons and Slavs lived in the area. By 1200, Germans, Slovaks, Wallachians and Russians also settled in this mountainous area, Tatras and Pieniny Mountains. The Gorali culture has a distinct dialect, farming practices, architecture, dress, music, cuisine and mindset. Their ornate costumes of wool and flax are very regional in design, the men’s trousers bare the kind of military stripes once common to Hungarian troops in Orava and Liptov counties in Slovakia.

This is another area where we went hiking and though I do not ski, returned in winter. I do recall at the time that the main heating system was soft coal which gave me a powerful headache. Though I am told now that all coal heating has been replaced.

The Tatras Mountain area is very interesting to visit and the scenery is breathtaking. This is a vacation area for hiking, a good drink, conversation, book reading, if you are a painter you certainly would be inspired by the landscape and tasting regional cuisine specialty. Often you will find local musicians in restaurants and the music and songs of the Gorali is very nice. In fact there is one opera entitled The Miracle, or the Cracovians and the Highlanders written by Wojciech Bogusławski’s to music by Jan Stefani, it is considered to be the first Polish national opera. Written and staged shortly before the third partition of Poland. Here is a short explanation of this political situation; The Partitions of Poland were a series of three partitions that took place towards the end of the 18th century as a result the Polish–Lithuanian Commonwealth was dissolved and sovereign Poland disappeared as a country for 123 years. The partitions were conducted by the Russian Empire, the Kingdom of Prussia and Habsburg Austria, which divided up the Commonwealth lands among themselves progressively in the process of territorial seizures.

The opera its witty, light musical form and brilliant text carried a very clear national and pro-independence message which was particularly important to Polish audiences at that time, today, it only has a historical significance. The Cracovians and the Highlanders (Gorali) is still an attractive show with a universal message stemming from folk wisdom. The Teatr Wielki Opera Narodowe in Warsaw is presenting it this coming March 2015. 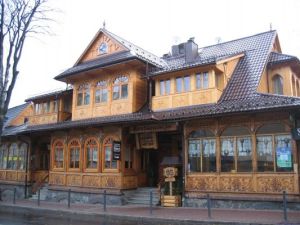