Well  the whirlwind of events continues, with Christmas approaching. There is no war on Christmas here, decorations and Christmas theme events are everywhere, numerous Christmas Fairs, so many in fact that you can easily chose which one you want to go to and which one to skip. Concerts, choirs performing, parties of all sorts.

We started with a Christmas dinner on 2 Dec at the Homestead of Sir Andrew MacPhail in Orwell. We reserved for the dinner because the capacity is under 30, the Seasonal food was wonderful, everything they serve is from the farm and garden and the price of the dinner was very reasonable.  The Fair at the MacPhail Homestead was so beautiful. I think what I like about the Homestead is how this once private home has kept its character as if Sir Andrew was just about to walk in on you, there is no crowds ever. The Fair to raise funds for their operations, we bought a beautiful Queen size wool blanket from MacAusland’s Woollen Mills of PEI located in Bloomfield in Prince County about 90 minutes West from Charlottetown.

the tree on the enclosed veranda of the MacPhail home. 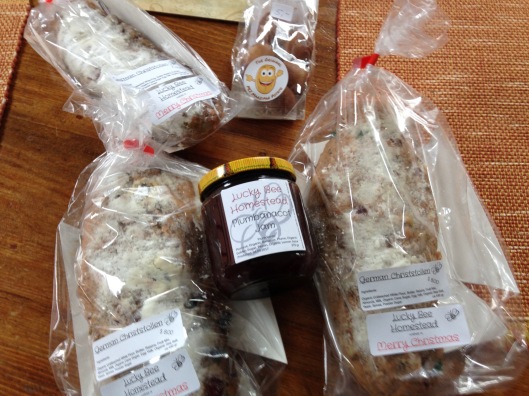 The dinner table in the old dining room of the Sir Andrew in front of the fireplace with of course the oil portrait of Sir Andrew in his academic robes from McGill University in Montreal.

At the Homestead we met Sabina Schönknecht from Murray Harbour North who has beehives, makes preserves, Stollen at Christmas and also sells Marzipan as a treat and makes her own dog biscuit. In the Summer she also has chickens but they are European not North American, meaning they are black. See Lucky Bee Homestead on Facebook. Sabina is originally from Dresden in Germany a city we know well. This Season we also went to the one at the Eastlink Centre just East of our home and the Farmer’s on Queen Street just up a few steps from us.

Many of the Fairs are organized to raise funds for an historic site like the MacPhail Homestead or for a charity. There is a lot of poverty amongst our small population of 150,000 on the Island and this time of the year, there are loads of food drives organized by social clubs, the National Broadcaster CBC, Farmer’s, businesses like Receiver Coffee Co. and Churches. They always manage to feed and provide Christmas cheer to many poor Islanders.

Then because I work as a volunteer at the Official Residence of our Lieutenant-Governor we were invited to dinner at Fanningbank, the house is named after General Sir Edmund Fanning who in 1789 reserved 100 acres of parkland for the exclusive use of the Crown. The house itself is in the Palladian-Greek revival Style built in 1834. 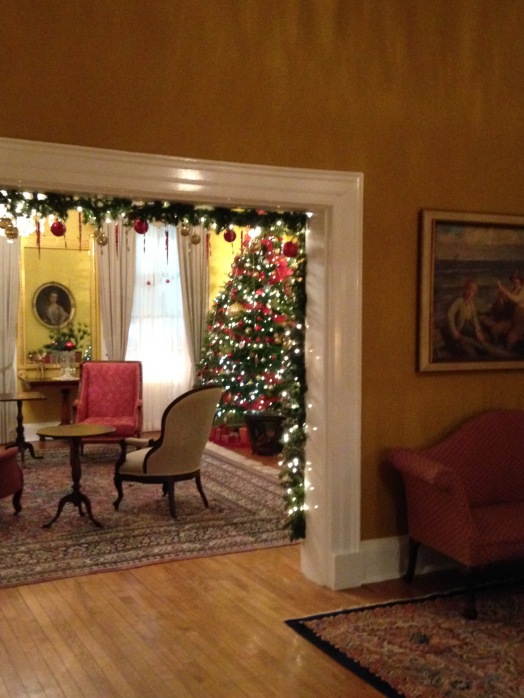 Our new Lieutenant-Governor H.H. Antoinette Perry is an Acadian from Tignish, up West. She is also a musical teacher and plays both the piano and the organ regularly, she loves to have the guests sing while she plays on the piano. When we meet we always speak in French.

Will had a birthday and we had guests for the event, he got some pretty impressive gifts. He really cannot complain. 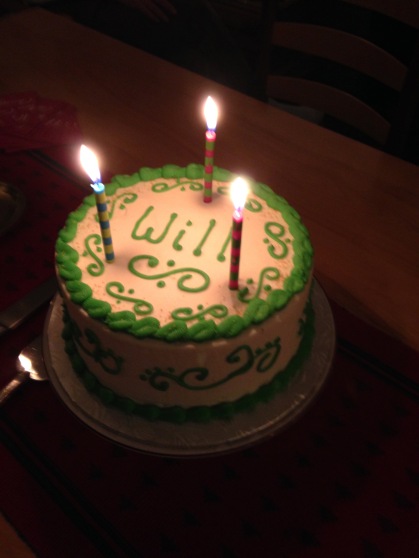 We also went to a Service of Lessons and Carols at St-Peter’s Anglican Cathedral on Rochford Square. It was in the old style Anglican Service and the Lieutenant-Governor came always accompanied by her Aide-de-Camp in full uniform. There was a small buffet afterwards and we had the most splendid Smoke Salmon from Lord’s in St-John New Brunswick.

Now we are looking at Xmas Eve dinner and Xmas day luncheon in Vernon Bridge at friends. For New Year’s Eve I was thinking we could go to the Haviland Club which is at the end of Water street, again steps away from our home, so we can drink and celebrate and walk home. 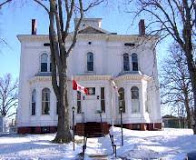 The Haviland Club in Charlottetown, a former private residence built in the Italianate style.

This Wednesday 13 December marks a very sad anniversary in PEI, that of the violent deportation of the Acadians in 1758. Thousands died at the hands of British troops who were sent to occupy the Island then named Saint-Jean. It was an early episode of ethnic cleansing and the Mi’kMaq people did not fair better. Every year there is a ceremony at Port La-Joye (Fort Amherst) to commemorate the deportation of the Acadians who left the Island on boats often un-sea worthy. Two of those ships Duke William and Violet carrying more than 600 people sank on their way to England, the Captains, Officers and crews were saved but all passengers/prisoners perished.

The photo shows pilgrims at Port La-Joye which is the entrance to the harbour of Charlottetown and faces the Strait of Northumberland. The flag in the photo is the Acadian National Flag with the yellow star Stella Maris. Many of those who survived the horrors of British occupation returned after 1765, some hid in remote areas of the Island in what is called the Evangeline region (Prince County).