Getting a good haircut has always been very important to me and finding a barber who has knowledge and finesse and is also pleasant to talk to is very important.

Though today I have pretty much lost my hair on top not so much on the sides, getting a good haircut is still important. Since I had the opportunity to live around the world I experienced barbers in various countries. 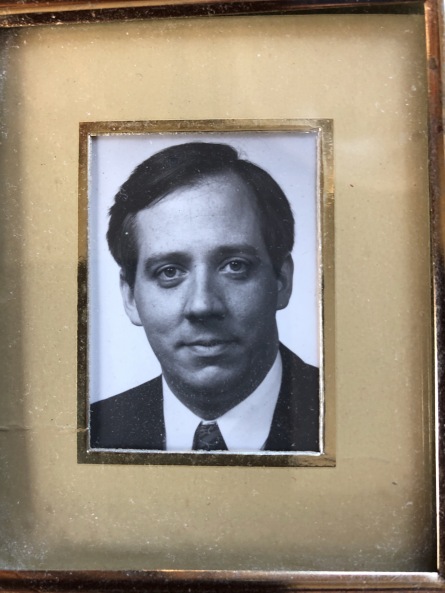 Let’s rank them: In Rome on Via dei Serpenti, Mimo salon next to the Italian Central Bank and a block away from the Quirinal Palace. You got the big wigs of the Italian Government and the salon felt like a Gentlemen’s Private Club, lots of style and class. Got a very nice haircut and a wash, a manicure by Ms Sisi and very pleasant conversation. I always looked forward to going every 10 days or so.

Warsaw, Poland, I can’t remember really, it seems I got a haircut and it was fine. Mind you it was 1998 and the country was still adjusting to consumerism.

Cairo, Egypt, I would go to barbers in the neighbourhood of Zamalek, pleasant but nothing else. The barbers would speak English with a heavy Egyptian Arabic accent and could be quite funny. Egyptians love jokes and stories and are happy to entertain you.

Amman, Jordan, there was a barber salon owned by Iraqis, the haircuts were ok it did the job but nothing else. Their living conditions were difficult amid the turmoil in Iraq and the economic difficulties that forced them to leave. Jordan could only afford them a meagre life with no future.

I remember once going to a place on the outskirts of Amman, the salon had Coranic verses plastered to the walls, the barber a Palestinian was a nice fellow, but it was all in Arabic. I knew enough to tell him what I wanted and he did a good job. I think he was surprise to see me in his salon and probably wondered how I had found him. The licence plate on my shiny car parked outside gave away who I was.

Beijing, PRC it was difficult to find a barber and I had to ask around. Many of my colleagues would have their hair cut by the wife at home, with strange results. I finally found a lady barber, a Philippina who had a small salon, her clients were other diplomats from various embassies. It was a bit of a strange neighbourhood and at the time Beijing was being totally transformed for the upcoming Olympics. So the area of her salon was being demolished and re-built, a mixture of mid 1960’s  Mao Communist architecture, plain concrete poorly done and painted garish colours with aluminium windows.  I also felt, because we were in a Police State, that her salon was constantly being watched by the People’s Police. So I got a haircut there and would pay and leave. China has a lot of Asian ex-pats mostly from the Philippines who work in many various service industry fields. Mostly because of their English language skills and easy manner, Philippinos dominate the service industry.

Mexico City, I went to a very nice barber shop in Polanco about 2 blocks from my home. In Latin America, most barber shops offer a cut, a wash and manicure but also a shoe polish. Polishing shoes is almost as important as getting a good hair cut. The reason is cultural, if you are a professional or someone who has status in society or simply a gentleman you would not go out with scuffed shoes. People look at your shoes and it is a status symbol. I remember once in Santiago Chile, was having drinks in the lobby of my hotel which was across from the Presidential Palace, the one where Allende committed suicide during the coup that brought General Pinochet to power. There were two Canadian business men there and they were not having much luck selling brushes for coal factory stacks. Their product was high tech and advanced, a good product no doubt. They told me that their counterpart did not appear impress by the presentation they were making. I looked down at their black leather shoes, they needed a good polish and cleaning, their suits also needed to be pressed. I pointed out to them that South American cultural rule. Polish is important in anything you do, it gives confidence.

Chicago was a great city for many things but also for a haircut, manicure and a shoeshine. My Office was in the New Prudential Tower on North Stetson ave. next to the Amoco Tower then clad in white marble on Randolph Ave. There was a big shopping area in the basement serving the many office buildings in the area. There was a barber shop and I could simply take the elevator down from my Office. I really loved living in Chicago, such a great city.

Now Charlottetown, here is where we live now, a choice of barbers we do have, some are the chain style shops his and hers in strip malls, you have one across from City Hall which has been around for ever and as an established good ole boys white male clientele. Its ok for a barbershop but the cuts tend to be 1960 vintage honest but nothing fancy. It is also very heterosexist and not open to diversity. Then we have barbershops for the under 35 yrs old. Now what is interesting here and I have started to notice it is the haircut for the under 40 is becoming more and more of a retro-look, cuts from the 1920-1930. The customers demand it and look for stylish cuts which can take an hour to fashion, no buzz cuts here. They also go to the barber every 10 days or so to keep the look.

My Barber Jared D. is a interesting fellow, studied economics, travelled widely, he is an Island Boy, he is also a photographer of talent, his nature scenes and city scapes are spectacular and do attract a lot of attention. Now he is a barber and he has studied in London and recently in Toronto. He takes specialize courses and he is very good at what he does, you could call him a perfectionist. It is always nice to talk with him and he is a very interesting person, that is what I call a good barber.

However no barbershop I know of here or anywhere on PEI offer manicure or shoe shine. Mind you I do not know any either in Ottawa, Montreal or Toronto where this service is offered. Again if you want you hair washed after a cut, that is also not done. I wonder why. Maybe it’s a Canadian thing.

So recently I found a person C.B. who does manicure and facials and this is a nice thing to have, I did not at first when I met her know exactly what she did for a living, she had only mentioned that she was busy at work, she had a business, a salon. It took me sometime to figure it out. She did my nails last week and I was very happy with the result. I find it relaxing and pleasant and it is also a pampered luxury. I want to do more of that, as I use to do in the past as part of my regular routine, a nice resolution to have for 2020.