For some years now we listen to international radio broadcast on the internet. When we live in Italy it was RAI the Italian radio and television broadcaster. In Beijing I use to listen to NHK the Japanese national broadcaster, ok it was all in Japanese but I just loved the way they read the news, it was so relaxing no matter what the disaster.

At the moment it’s MDR (MITTELDEUTSCHER RUNDFUNK), they have a great selection of classical music and concerts and news of course all in German. When I listen to it, it is usually during the night in Germany due to the time difference +7 hours with Canada. It maintains the illusion that we are in Europe.

Tomorrow at the National Gallery the Claude Monet show opens. It is all about bridges, a bridge to modernity, young Monet paintings before he was known or truly appreciated. The National Gallery has 9 Monet and for this exhibit other paintings featuring bridges painted either when he was in living in London or Paris after the Franco-Prussian war of 1870 or elsewhere will be featured. Truly modern paintings when you look at the Academic and romantic style of the time, including the Pre-Raphaelites. http://www.gallery.ca

The National Gallery is having a Pre-Raphaelite exhibit at the moment built around a recent gift by Dr. Lanigan of Saskatoon who all his life collected their work.

The Pre-Raphaelite Brotherhood (later known as the Pre-Raphaelites) was a group of English painters, poets, and critics, founded in 1848 by William Holman Hunt, John Everett Millais and Dante Gabriel Rossetti. The three founders were joined by William Michael Rossetti, James Collinson, Frederic George Stephens and Thomas Woolner to form the seven-member “brotherhood”.

The group’s intention was to reform art by rejecting what it considered the mechanistic approach first adopted by Mannerist artists who succeeded Raphael and Michelangelo. Its members believed the Classical poses and elegant compositions of Raphael in particular had been a corrupting influence on the academic teaching of art, hence the name “Pre-Raphaelite”. In particular, the group objected to the influence of Sir Joshua Reynolds, founder of the English Royal Academy of Arts, whom they called “Sir Sloshua”. To the Pre-Raphaelites, according to William Michael Rossetti, “sloshy” meant “anything lax or scamped in the process of painting … and hence … any thing or person of a commonplace or conventional kind”. In contrast, the brotherhood wanted a return to the abundant detail, intense colours and complex compositions of 14th century Italian art. The group associated their work with John Ruskin, an English artist whose influences were driven by his religious background.

Well it is now Official our lease ends on 31 July 2016 and we must move. Our landlord has told us that he is selling the condo. We have been here for almost 5 years and enjoyed the area. So the wheels are in motion and more announcements to come.

As for our little Hounds Nick and Nora, well on Wednesday they are starting another 8 week session of training. It will be a bit of a shock for them, so used they are to lounging. Dachshunds are a difficult breed to train because they are very independently minded and very intelligent. 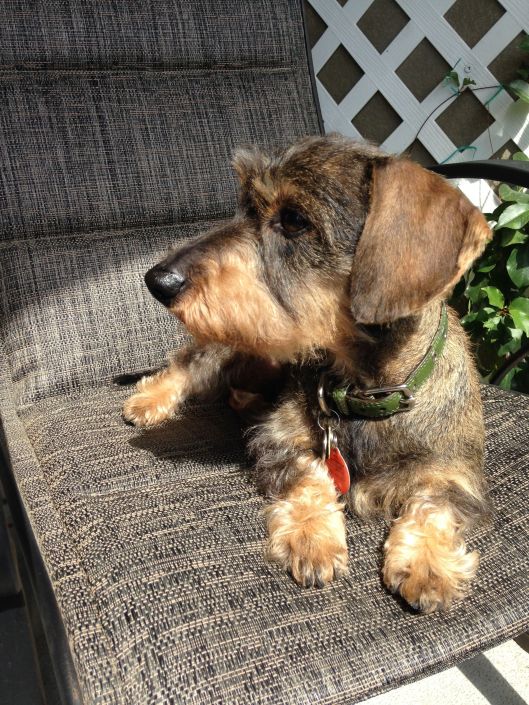 Nicola di Capena or Nicky for his friends