We will be crossing this bridge over the Northumberland Strait from New Brunswick to Prince Edward Island, the Sea link with the Island. Hopefully that day the weather will be clement and the winds low. Tomorrow Sunday  the winds will blow at 100Km. However when driving a car you cannot see above the high walls, the bridge is 12.5 km long and it takes about 11 minutes to cross over the sea. The strait is famous in folklore circles for regular sightings of the Ghost Ship of Northumberland Strait, a flaming vessel which appears in the middle of the strait.

The Confederation Bridge connecting PEI to the Continent.

The bridge was opened in 1997 and is the work of Jean Mueller, a French engineer, it is the longest bridge in the world over ice covered Strait, it took 5 years to build at a cost one billion dollars. Truly the most important engineering feat in XXth century Canada. 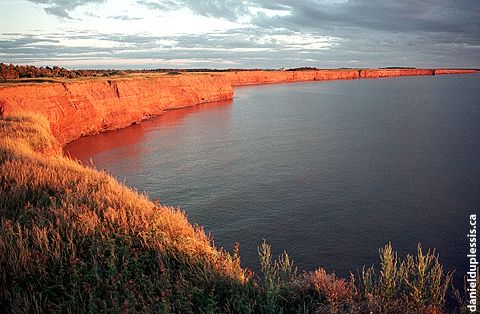 The red earth and red sandy beaches of PEI which is a distinct feature of the Island.

Charlottetown Town is the Capital of the Province, birthplace of Canada where the conference took place in 1864 to Unite the original provinces into one independent country.

Fanningbank the Official Residence of H.H.the Lieutenant Governor of PEI built in 1834 in the Palladian style on land owned by Governor Edmund Fanning. It has been a Vice-Regal Residence ever since and has hosted numerous Official functions including the Fathers of Confederation, Royalty coming to Charlottetown and Heads of State from around the world. The Residence is on 100 acres of land and next to Victoria Park on the waterfront. 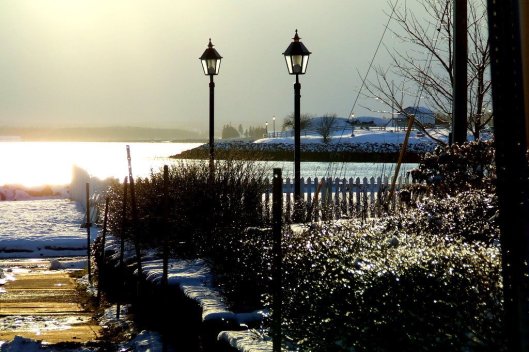 Province House in Charlottetown, built in Palladian Style in 1839. This is the current seat of the Provincial Assembly (Parliament) of PEI. This is where the meetings and the conference to set the frame for Confederation was discussed by the Fathers of Canada. The final document would be signed a few months later in Quebec City.

Saint Dustan Cathedral R.C. a few steps away from Province House. You can see the steeple from everywhere in the Capital.

Victoria Row in central Charlottetown with its stone facade buildings witness to the wealth of the Island as the tall ship building capital of the world in the 19th century.

St-Paul Anglican Cathedral which has a marvellous chapel of frescos in the Pre-Raphaelite style painted by the great Canadian painter Robert Harris (1849-1919) who would paint the famous Father of Confederation large canvas which is a national treasure.

One of the numerous English Parks in the old 500 block area of Charlottetown. 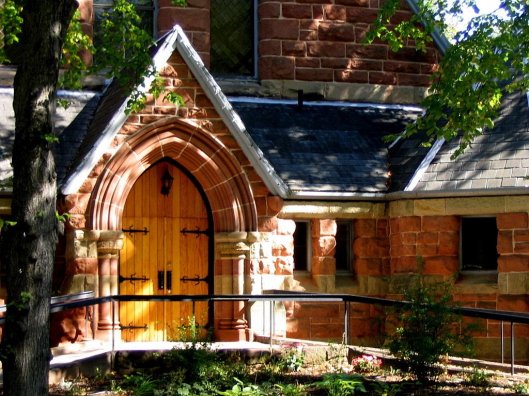 A residential street in the City

The marina on Lower Water Street where the Cruise ships dock, this is also the spot where the Fathers of Confederation arrived in 1864. The beautiful gardens around the Marina are a gift from the City of Quebec which is the other founding city of what we call Canada today. 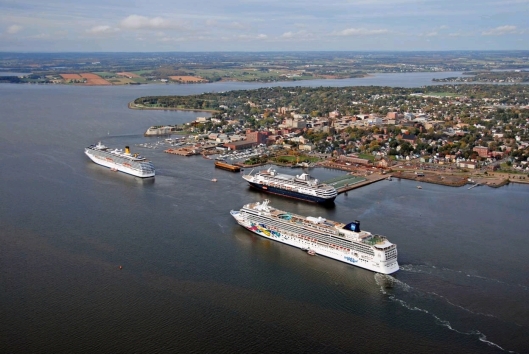 Port La Joye build in 1720 on Île St-Jean now PEI by the French at the entrance of the Harbor of Charlottetown.

The first European settlers in the area were French military personnel from Fortress Louisbourg who founded a settlement in 1720 named Port La-Joye on the southwestern part of the harbour opposite the present-day city of Charlottetown. This settlement effort was led by Michel Haché-Gallant, who used his sloop to transport Acadian settlers from Louisbourg on Île Royal.

Acadian settlers established farms in the surrounding area while under French control from 1720–1745 and 1746–1758 and the French military established a small military force at the outpost, garrisoned with troops from Louisbourg.

Just 25 minutes outside Charlottetown, the wonderful beaches at Dalvay

So why are we going in February to PEI? Well we are exploring possibilities and the future. So stay tuned for developments.