We have on FB a site which publishes old photos of PEI and Charlottetown. The author is Earles Picture Restoration PEI.

The old Saint Dunstan R.C. Basilica in 1909 before the fire which destroyed the building in 1913. 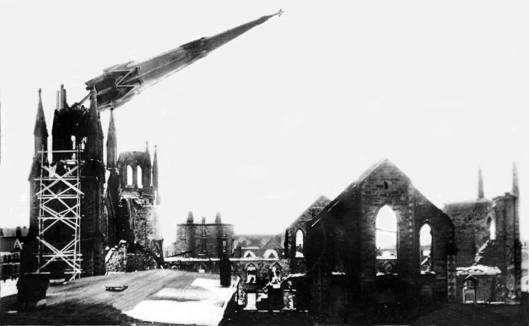 After the fire, the ruins being demolished. The church was rebuilt. 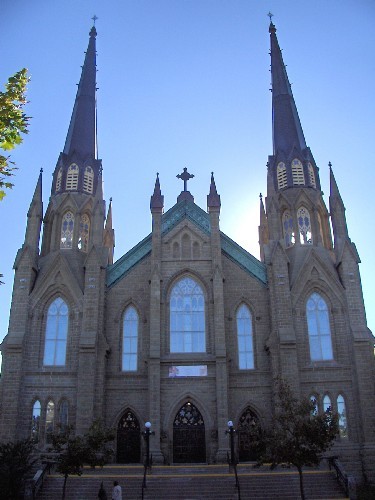 Saint Dunstan today on Great George Street. The architect was François Xavier Berlinguet of Quebec city. To this day the twin spires can be seen from a great distance.

We have been celebrating for 2 days, very festive atmosphere in Charlottetown PEI.

Yesterday we went to our friends cottage DS and PS to see the tall sailing ships line up to enter the Charlottetown Harbour passing the narrow point at Port La-Joye the old French Fort guarding the entrance. 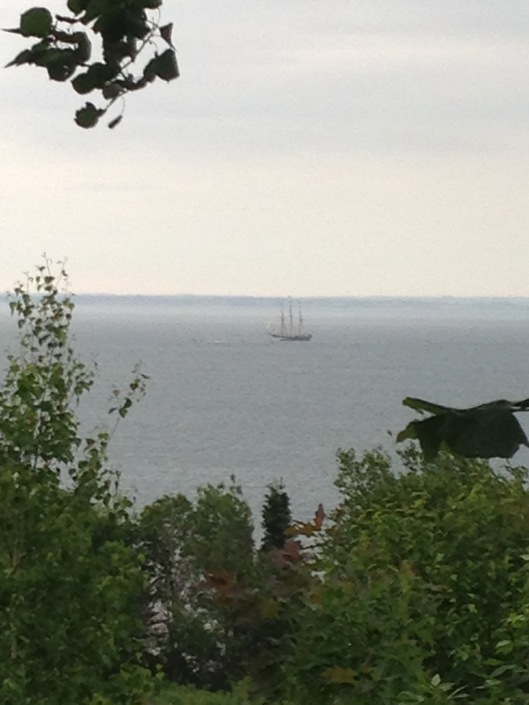 Here is one of them , approaching the entrance from the Strait of Northumberland into the Harbour. Passing in front of a low laying Governor Island. There are 9 in total in port. Plus (HMCS) Her Majesty’s Cruise Ship, Charlottetown of the Royal Canadian Navy. The tall sailing ships are from Malta, Peru, Holland, USA, France, UK. 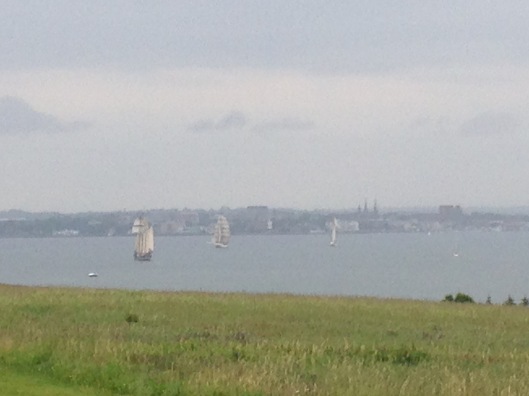 Here turning to the right into the Charlottetown Harbour, following the Light House signal to turn, the current of the Hillsborough River and North River in the Harbour is quite strong.

Here is the Peruvian Sail ship passing under the cannons of Port La-Joye. At night in the Harbour the 4 masts are all lighted up, quite festive.

Also in the Harbour they displayed a large map of Canada. I was happy to see it because I got a much better understanding of where is the Western and Eastern part of the Province by looking at it. The map also display the name of the Mi’kmaq First Nation whose territories cover all of the Maritimes. You can also see Cap aux Meules where we are going in a few days by ferry on the Iles de la Madeleine, part of Quebec Province, a 80 Km  sand bank in the Gulf of Saint Lawrence.

The Polar Price C-3 is an ice breaker who is undertaking to sail all of Canada’s 3 Seas, Atlantic, Arctic and Pacific in the coming months. Prime Minister Justin was in town yesterday to visit the ship. 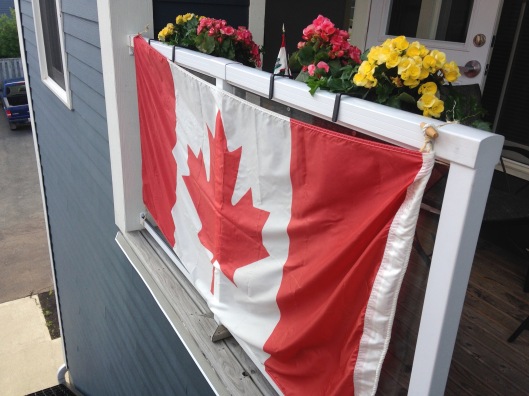 Our Flag on our back balcony. This flag is 40 yrs old, all these years ago when I worked in Parliament in Ottawa, I got it then and it travelled the world with me, flying in foreign Capitals where I was stationed on July 1.

This morning, 1 July at 10am the 18 bells of St-Dunstan Basilica were re-dedicated after an absence of 40 yrs. The Premier of PEI, Wade MacLauchlan and many others spoke, the Bishop blessed the bell tower and then a concert by the organist, the working of the bells is now computerized, playing the National Anthem O Canada and the crowd singing along. 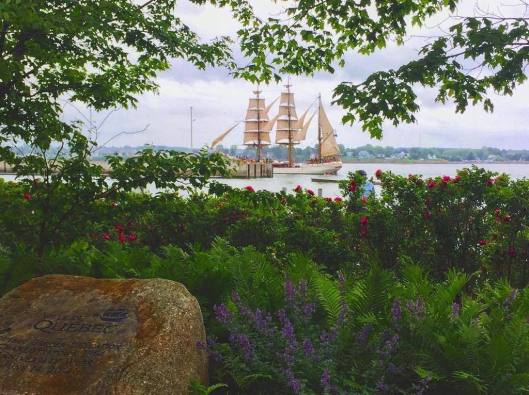 Friday evening shot of the harbour at Prince Street. The sky was beautiful.

Happy Canada Day to all!