We had fun yesterday with all our friends.

On Parliament Hill in Ottawa, huge crowds and lots of rain, but the show did go on.

HRH Prince Charles and the Duchess of Cornwall, the Governor General and PM Justin Trudeau were there. The noontime speech by the Prime Minister had large parts of it in French and he also acknowledged a fact that Canada is far older than the 150 years. In terms of European settlement and history it goes back 500 years and if you had the idea that Aboriginals have been known to live and prosper in Canada for 15,000 years. So we are an old  country.  Confederation is a political union of various parts into one but you cannot ignore all that went on before.

The Prince of Wales also made his speech in French, many do not think or know that he does speak the language fluently. 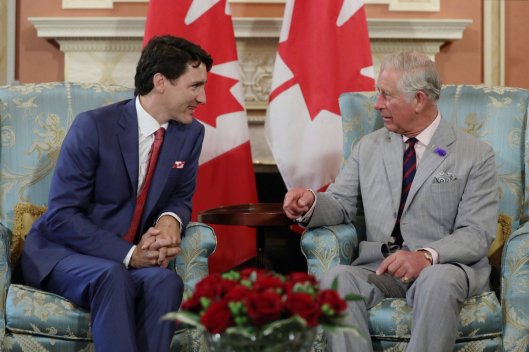 The Prince of Wales and Prime Minister Trudeau at Rideau Hall in Ottawa.

Here in Charlottetown PEI, we went to see the fireworks at Victoria Park which were spectacular. We had a great view, standing on the lawn of Beaconsfield House facing the open bay. We spent the evening with friends and it was a lot of fun.

In Winnipeg which is a geographical centre of Canada, here is a shot of the intersection of Portage and Main street. Said to be the coldest intersection of the country. The maple leaf is hundreds of people standing in formation. 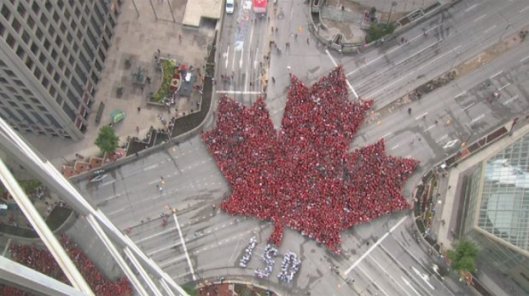 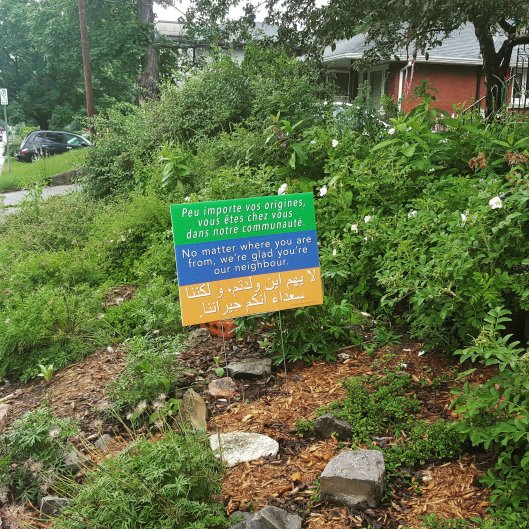 In Ottawa a street sign in front of a house. In French, English and Arabic.