Well the National Election is over and Justin Trudeau got a new mandate, despite all the  dirt the so called conservative party and its leader tried to throw at him. The CPC has a unit which works at unearthing anything that could hurt a candidate and then publicize it through right wing affiliated newspapers like The Sun, CTV network and PostMedia including the once reputable Globe & Mail. The negative stories are written for effect and are often inaccurate or right out lies simply repeated. A very disturbing trend but you have to know the background of it, the owners are long time supporters of alt-right conservative policies, some big business interests, some American oil companies, the Trump administration and the Republican party including the one surviving Koch brother. No it is not the Russians in our case but the US Republican party. The Chinese Communist party (Chinese Government) also played a very negative role, given our current dispute with China over the extradition to the USA of the Huawei executive. Two Canadian have been kidnapped by the People’s Police in China and held in secret jails, denied Canadian Embassy Consular services and put under psychological torture for months now. Unfortunately the Canadian Media has all but forgotten about them. The position of the CPC and its Chief Andrew Scheer has been to side with China with the false narrative that this will help resolve the crisis.

So this election confirmed one thing, Canadians are concerned about climate change now seen as a crisis, Canadian want action (84%) and will not vote for a candidate who denies the crisis or has no plans to fight it, as was the case for Andrew Scheer.
Canadians also do not like a candidate who imitates the American fashion of posing as a born again or evangelical Christian, like Andrew Scheer did. Canadians prefer their candidates and party leader to be neutral and quiet on this topic. There were too many stories about Conservative Candidates who came out as being anti-abortion and anti-LGBTQ, pro-gun lobby and supporting the NRA, while we get weekly news from the USA of gun violence, something that horrifies most Canadians. Several also were not shy and made hate filled comments and rants against anyone who is not white or christian, thinking that it was ok to do so. Finally Andrew Scheer was the master of avoiding to answer any question on pretty much any topic. He also refused to denounce or remove a candidate who displayed hateful tendencies. Scheer also refused to attend any PRIDE event or parade during the Summer, all other party leaders did and participated. Trudeau was accused by the CPC of being a deviant and corrupt. What was suppose to be an easy victory for the Conservative turnout to be a defeat despite getting more votes and gaining more seats in the House of Commons, though not a majority. But they failed miserably in the two big provinces of Ontario and Quebec and in the Maritimes which holds the bulk of the population in Canada, some 26 million people out of the 38 million. It is well known that if you cannot secure the votes in Ontario especially around Toronto and in Quebec you cannot win an election in Canada.

So since the Liberal party victory on 21 October, Andrew Scheer has felt the heat of this party who is planning to replace him ASAP. No despite Trudeau having a minority government he has a workable minority and does not need to have a coalition with another party like the Green or NDP. The way our Westminster Parliamentary system works, there is a way to govern and you can always find support here and there in the House to pass your bills. No one wants another election for at least another 14 to 24 months for the simple reason there is no money and the Conservatives will be looking for a new leader soon.

The media also do not help the issue by spreading false concepts borrowed from the USA. Canada is NOT a Republic we are a Kingdom and our Parliamentary system is a copy of Westminster so it is quite different matter.

The day after the election the Prime Minister returned to visit the Governor General at Rideau Hall to inform her of what his intentions were for the new Legislative program and priorities. This is largely a courtesy call because the Speech from the Throne (in England it is called the Queen’s Speech) is read by the Head of State in the High Chamber our Senate by the Governor General or the Queen if she is in Ottawa, but it is all written by the Prime Minister’s Office (PMO). The Press got it wrong by talking about Trudeau seeking permission to form a government. What nonsense, he is the PM and remains so, he has a new mandate NOT a term, we don’t have those in Canada. The only thing Trudeau needs is to get the confidence of the House through a formal vote in the House of Commons on the Speech from the Throne or on the Budget bill. Very unlikely that he would not be able to get it under present circumstances. In Canada the role of the Queen or Governor General is to warn on a course of action or counsel the PM, the power to govern rests entirely in the House in Parliament, this is why we have responsible government since 1867. It is quite amazing to see how many journalists and editors get this wrong, watching too much of The West Wing I suppose. 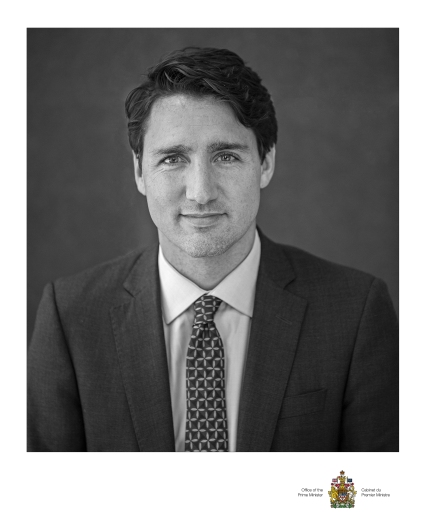 On November 20 the Prime Minister will announce his new Ministry or Cabinet, a shuffle of portfolio is the big challenge for Trudeau or any Prime Minister because they have to make sure they have all regions of Canada represented in Cabinet and this is tough at the moment with no Liberal Member of Parliament from Alberta or Saskatchewan, pop 5 million total, Trudeau will have to be creative but there are various workable solutions.

So the final result of this election Canadians want modern and progressive governments and NO we are not revisiting the Abortion debate it was settled decades ago, we have rights for all including the LGBTQ and same-sex marriage and Canadians don’t want to deny rights to segment of the population, we also want the right to die which was legislated and gun control including hand guns. It should also be a warning to any new conservative leader at the Federal level not to associate with Neo-Nazi elements and other white supremacist hate groups as Andrew Scheer did thinking that it was a winning card.

I do expect that with the beginning of this new mandate the conservatives and their friends in the right wing press will continue negative attacks against Trudeau but hey that’s life. At least we do not have a Conservative government and that is a blessing. No one wanted the sort of horror show we see in Ontario at the Provincial Level with Doug Ford who emulates Donald Trump his hero or the politics of civil war and hate in Alberta with Jason Kenney. Interestingly the Conservative Premier in Manitoba does not want to associate with Kenney or Ford and the Premier in New Brunswick who is himself in a minority situation is walking back on his own extreme positions which are mostly anti-French in a province considered to be  the heart of French Acadia.

3 thoughts on “So a new mandate”